We have identified an ongoing spear-phishing campaign targeting a variety of entities with malicious RTF documents exploiting three different vulnerabilities: CVE-2017-8570, CVE-2017-11882 and CVE-2018-0802 and taking advantage of a misplaced trust binary, Microsoft’s msxsl, to run a JScript backdoor. The whole attack chain leverages on system’s signed components to remain under the radar as much as possible and it shares many similarities with previous campaigns from the Cobalt Group.

The spear-phishing campaign makes use of a malicious RTF document:

that in turn opens a decoy document if the exploitation of one of the targeted vulnerabilities is successful:


A quick look at the OLE objects found in the document shows some interesting properties that we will analyze in the next section. 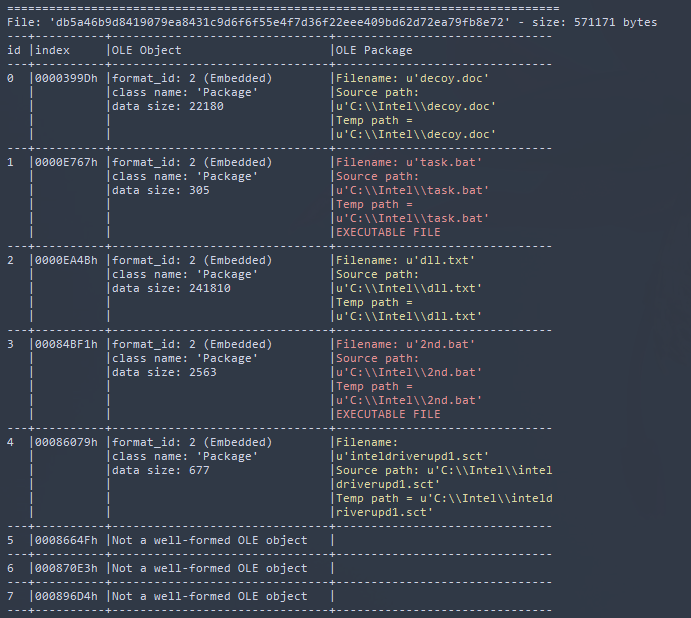 What happens after opening the document is slightly convoluted and can be summarized in:

After the vulnerability has been exploited, cmd.exe runs Task.bat: 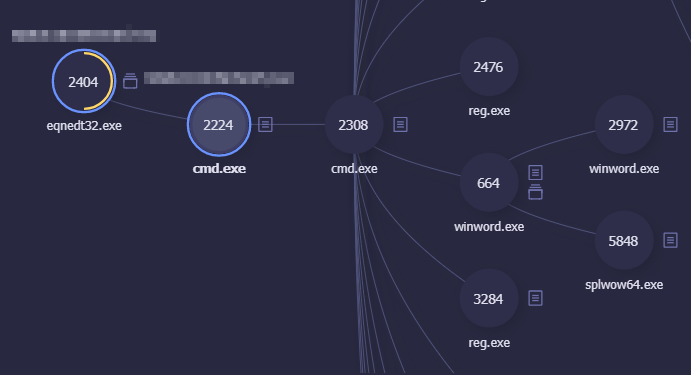 After the environment variable is set, a second batch file is launched whose task is to launch regsrv32.exe to load dll.txt,  to cleanup the temp directory and restart winword showing the decoy document.


The main task of setting up the correct environment for the backdoor to run and remain persistent is left to dll.txt that performs the following operations:

Immediately after an instance of cmd.exe is spawned to remove the dll.txt and msxsl.exe is launched, taking as argument the dropped XML file and the XSL file (containing the backdoor’s code).


It’s notable the use of msxsl.exe which is the real commandline utility used to perform Extensible Stylesheet Language (XSL) transformations using Microsoft’s XSL processor. This executable can be abused to run JScript code:

The backdoor is written in JScript and it’s capable of performing the following operations:


Any kind of script can be run by the backdoor so its capabilities are potentially unlimited. Different antivirus software are checked, this is apparently not done to prevent the backdoor from running, instead the information is sent back to the C2 possibly to provide the operators with knowledge about their victims before deploying more sophisticated scripts that might raise alarms.
The C2 address we found in this campaign is: https://mail[.]hotmail[.]org[.]kz/owalanding/ajax[.]php which appears to be a hostname registered in Kazakhstan registered back in 1994 so most likely it was compromised by the attackers and used as C2.

The second stage of the attack chain appears to be the same of a campaign identified back in November and possibly attributed to Cobalt Group, the first stage of the attack is instead completely different, pointing to what it might be a new exploit kit (Threadkit?). The backdoor’s code appears to be very much the same (if not for a few changes) to the one analyzed back in August 2017 by TrendMicro. The shared commands between this March 2018 version and the August 2017 one are the following:

ReaQta-Hive customers are protected out-of-the-box from this threat and no updates are required. Fully patched systems are not vulnerable to this attack as all the vulnerabilities have been reported and fixed. Legacy systems should monitor for one of the IOCs published below and for abnormal behaviors, like msxsl running from temporary folders or regsvr32.exe loading unknown modules.